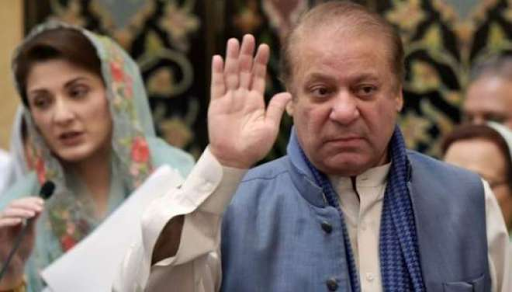 Pakistan Tehreek-e-Insaf (PTI) leader and Federal Foreign Minister Shah Mehmood Qureshi had filed a case against Nawaz Sharif and others for killing workers in a PTI sit-in. The anti-terrorism court on November 29 The verdict of the murder case against was reserved.

In the last hearing, Shah Mehmood Qureshi had objected to the expulsion report in the murder case against Nawaz Sharif. Shah Mehmood Qureshi’s lawyer had taken the position that the police did not meet the legal requirements while preparing the expulsion report and the police dismissed the case. The plaintiff did not notice at the time of making the report.

Preserving the verdict, the court said that it is not a judicial but an administrative order. You have heard that you will decide next week. In 2014, two people were killed during a PTI sit-in in the federal capital. A case of murder and attempted murder was registered against three federal ministers, including then Prime Minister Nawaz Sharif, former Punjab Chief Minister Shahbaz Sharif, and Chaudhry Nisar Ali Khan, in a case registered at the Secretariat Police Station. And senior officials of the administration were also named as accused.