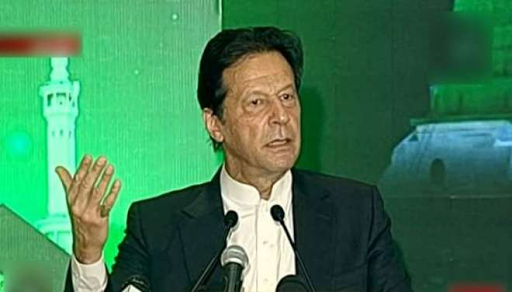 ISLAMABAD: Prime Minister Imran Khan has said that the opposition is blackmailing the country to the detriment of the country. According to details, Prime Minister Imran Khan gave lunch to the parties in the government. In which MQM, GDA and BAP leaders participated.
However, the PML-Q and the BNP did not attend the PM’s luncheon. The BNP leaders are currently out of the government faction and with the opposition. However, reservations about the PML-Q government remain. Due to which PML-Q did not attend the luncheon. PML-Q central leader Chaudhry Monis Elahi said that our alliance with PTI is to the extent of votes.
Our agreement is not to eat with the government.
At lunch, MQM and GDA expressed concerns over the Sindh government. The Sindh bureaucracy is also running federal projects at the behest of the PPP. Every department in Sindh is controlled only by the PPP. It is not appropriate to ignore elected members of parliament in federal plans. The MQM expressed concerns over the implementation of the Karachi Transformation Plan.
MQM members said that work on Karachi Transformation Plan has been slow. The people of Karachi are being affected due to non-cooperation of Sindh government. The Sindh government has also been favoring well-wishers in the Ehsas program and Bait-ul-Mal. While the Sindh government is deliberately ignoring the problems of our constituencies. Concerns were also expressed by the Muslim League-Functional in the meeting.
Addressing on the occasion, Prime Minister Imran Khan said that a mechanism has been prepared to solve the problems of the people. Agree that inflation has risen. Work is being done on a regular basis to control inflation. When the government was formed, the country was on the verge of bankruptcy. But in two years the economy has improved. Economic indicators are improving rapidly.
Exports have also increased. After 17 years, the current account deficit turned from negative to positive. The Prime Minister said that the opposition was bent on harming the country. The opposition is blackmailing to get rid of the cases. You all know I’m not going to be blackmailed. The opposition is trying its best to blackmail me. The mafia is a major obstacle to change. What is the use of dialogue if concessions have to be made in NAB cases? Dialogues on terms of self-interest will be meaningless. He said that he would win the next election on the basis of performance. The next election will be the most transparent in history.